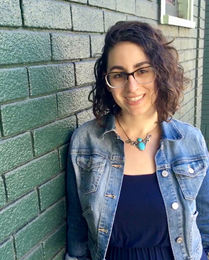 As a director, Marielle has directed with Boomerang Theatre Company, Flux Theatre Ensemble, Manhattan Theater Source, World Theater Day, and Metropolitan Playhouse, among others. She is the Artistic Director of Adaptive Arts Theater Company, a non-profit theater company whose mission is make theater more accessible to individuals with Invisible Disabilities. With Adaptive, she’s directed a devised adaptation of Goehte's Faust, Mensch’s All Hail Hurricane Gordo, Brecht’s Good Woman of Setzuan, Barrie’s Alice Sit by the Fire, and multiple workshops for their “Autism Initiative” program. As an educator, she has spent close to a decade working with artists from 1 to 80 years old. She has spoken across the country on ways to create accessible theater performance for populations with disabilities. BA in Theater (Directing) and Creative Writing from Drew University and Masters in Educational Theatre from City College.  She recently relocated to San Fransisco to pursue her Masters in Drama Therapy at CIIS. She is thrilled to be joining the BDW team this year!